For the RichLee Shippers Out There

Okay, so I know RichLee shipping isn’t popular among certain segments of the fandom. And I think we can all agree that private pictures should remain private. But I made this edit of the wallpaper in the previous post for a friend and have been encouraged to post it for any shippers out their who would like to have it. Besides, their poses work soooo well for this graphic! And seriously, friends go dancing together too!!! 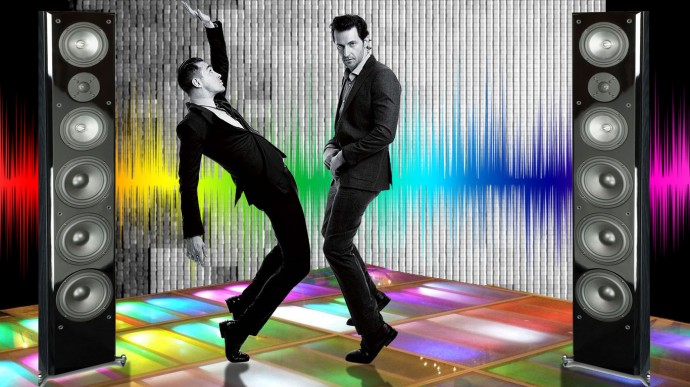 The Morning After: A DoS Review

Last night, or to be more exact around 4 this morning, I shared my knee jerk reaction to The Hobbit: Desolation of Smaug on ItsJSforMe’s blog. Having slept, I’m more clearly able to see why exactly I walked out of the theater pretty darn pissed off with Peter Jackson.

So here’s my two cents on the movie and I’ll do my best to remain spoiler free.

When I saw UAJ last year, I felt like the movie moved too slowly for the first 45 minutes. That is certainly not a problem this time. The prologue will please Armitage fans and then we jump right into the action. Beorn’s screen time was shorter than I would have liked, but still enjoyable. The time in Mirkwood gave us a chance to see Thranduil in all of his glory. Lee Pace is excellent in this role. The character isn’t even remotely likeable, but Pace’s performance gives him the ancient feel he needed along with a clear disdain for the dwarves that read true.

It’s in Mirkwood that things started to go wrong for me. In general I’m not flat out opposed to the edition of a female elf. I disagree with the oft repeated stance that she was necessary, but I know there are a lot of people who feel such a character was required. So add a she-elf, just give her a decent story. I felt like the writer’s really fell down on the job here. There was nothing relevant about Tauriel’s character. Her story  recycled stuff from other places in Tolkien’s work. Then of course there was the triangle we’d been warned about. Basically it felt like a waste of time we could have been spending with characters central to the story.

Luke Evan’s was enjoyable as Bard the Bowman and if I decide to see the third film, his character will be one of the reasons why. He was a character that I found myself sympathizing with and rooting for, even when and possibly especially when he challenged Thorin. He seemed to be the only clearheaded person in that scene.

Gandalf’s jaunt away from the dwarves was basically what I expected. Nothing spectacular, but I can see how it helps set up where the story is going in the third movie.

I thoroughly enjoyed Bilbo’s time in the mountain with Smaug. The digital artists are truly masters of their craft. The dragon really was stunning. Benedict Cumberbatch really got the voice right too. It just fit so well.

Then we got to the last 30  minutes of the film. I won’t go into detail about what happens, but it was a complete departure from Tolkien’s story. It was not The Hobbit. It was three screenwriters turning badly written fanfiction into a movie. I’ve always thought Peter Jackson, Philippa Boyens, and Fran Walsh are at their weakest when they depart from the original. If you’ve read my blog long enough, you’ll know that I’m a big proponent of a high level of fidelity to the source material. So I was highly unlikely to like these changes even if they were well done. The fact that there were poorly done made it even more frustrating. Cheesy, hokey, and oh good grief are some of the sentiments that come to mind when I think of some of the things that took place.

As the movie cut to the credits a woman in the front of the theater shouted out, “Peter Jackson, you’re a jerk!” In that moment, I was in total sympathy with her. All I could see was that gawd awful last 30 minutes and the parts I liked about the film were filed away at the back of my mind. I actually wondered if the film ended where it did as a calculated ploy to lure pissed off book fans back for a third film they might no longer want to see.

So to wrap this all up, I think this movie is going to be hard for Tolkien fans, at least those who are purists in any way, shape or form. While there’s a lot of good, that last part has you walking away with a sour taste in your mouth.

This is a Richard Armitage fan blog. And I know that many of his fans see these movies more for him than because of any particular tie to Tolkien’s work. For those fans this movie will go over extremely well. Richard’s performance is what we always expect from him–layered, nuanced. He makes me care about a character that I don’t particularly like.

Why do good actors make crappy movies? Or, the allure of Twilight.

This post falls under the  “me and my thoughts” category.

In RA land we’ve heard Lee Pace’s name mentioned a few times lately. There was the spotting of RA and LP at a showing of Prometheus and then Pace apparently confirmed that Martin Freeman and Richard Armitage will indeed be attending Comic Con (excuse me while I pause to squee).

Now, I’ve enjoyed watching Lee Pace in the past. Pushing Daisies was a fun show with a quirky plot and it was always eye-catching. It has however, been a while since I’ve seen him in anything. This was reason enough for me to look him up and I was surprised to see that he’s in the final installment of The Twilight franchise. 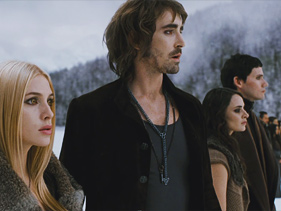 Lee Pace as Garret the vampire in a still from Breaking Dawn Part 2.
Photo from MTV.com

The question I have to ask is: why? Forget about the books for a minute and lets talk about the movies. They suck! The studios saw a way to make bucket loads of money by churning out cheap, poorly written movies that tweens to Twi-moms would devour as though they were starving. There isn’t much artistic integrity going into these movies (at least from what I can see). So I have to wonder what the appeal is to a talented actor.

Is it the money? That it is an easy job? Do they take into consideration the fact that although crappy, the movies will certainly boost their visibility in Hollywood? In my head, I imagine an actor with a pros and cons list, trying to decide if the role will benefit them enough to make it worth their time.

What do you think? There has to be a good reason that talented actors like Michael Sheen (Oscar nominee), Lee Pace and even Dakota Fanning (although she is in the Twilight demographic) choose to make these movies.

Dakota Fanning and Michael Sheen in the Twilight Franchise

In the case of Lee Pace, I’m just glad he has a role in The Hobbit films. He’s a talented guy, and I look forward to seeing him in something that will showcase those talents.