Okay, so on the one hand I’m pretty darn excited by this news:

After all, it means that Richard Armitage will not be playing the Caped Crusader. Y’all already know my thoughts on that subject. But now I’m stuck with a WTH reaction. Ben Affleck as Batman?! I love Batman movies and I’ve gotta say, this news sucks! Affleck is a wonderful director, his screenwriting skills are great, but his acting is more meh than anything. It’s certainly not in the same league as Christian Bale’s.

Oh well, I guess I know one movie I won’t need to see in 2015, although this really ruins my hopes for a great Justice League film. Yeah, I’m a nerd! 😉

Oh Richard, now would be a great time for an announcement as to your next role! I could use some good news. 🙂

My Tweetdeck is full of links to articles which include Richard Armitage in various lists of those best suited to play the next Batman. I’m actually kind of excited about the prospect of a Superman/Batman movie. And the logo that’s been revealed is pretty freaking awesome:

That said, I have some serious reservations about Richard Armitage in this role. I saw where someone mentioned that Batman did great things for Christian Bale’s career and I’m in full agreement there. But the Batman franchise had no where to go but up when Christian Bale took on the role. The previous live action incarnation of the character was played by George Clooney in the much maligned Batman and Robin–a film which audiences gave only a 25% approval rating on Rotten Tomatoes. When fans are that harsh, you know a film is awful.

Richard Armitage or anyone taking on the role now, is stepping into a completely different situation. Now we’ve had three Batman films staring Christian Bale and directed by the amazing Christopher Nolan. Not only did fans love the films, but critics did as well. They’ve set a precedent for what we expect when we go to see a new Batman flick. And to be honest, although I like Zack Snyder’s films (300, Watchmen) I don’t know that I trust him to bring it like Nolan did when it comes to Batman.

So here’s my vote for what it’s worth (which I know isn’t much): 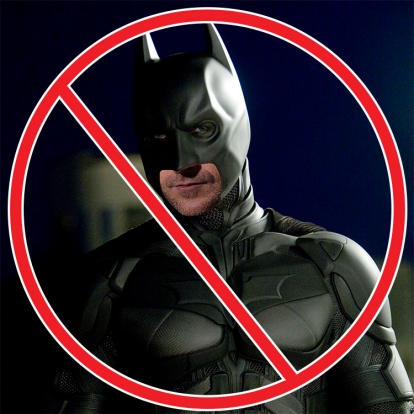 I hope Richard Armitage steers clear of this role. There are plenty of interesting characters out there to play and I strongly suspect that his portrayal of the character would always be compared to Bale’s. Of course, if he does end up playing the Caped Crusader I will be in the audience. But here’s hoping he goes another direction.

I’m saddened and shocked at the news I woke up too. I’m sure some story will come out about how the shooter had a mental illness or some other rationalization  for his behavior. Isn’t that always the case? But it won’t be much comfort to the family and friends of those who lost their lives, simply because they went to see Batman.

I’ve always tried to see the good in people, but the more I see of the world, the less I believe that there is good in everyone. Some people seem to be predisposed to evil. What a sad world we live in.

May those who lost their lives rest in peace. May their families find some comfort. Many thoughts and prayers for the injured, may you live long, healthy and happy lives.