…new wallpapers! I installed the trial version of Photoshop CS6 Extended on the new laptop and decided to play around with the 3D features. Naturally these graphics had to include Richard Armitage in some way, shape or form. The end product is so far off from what I originally set out to make, but that’s how creativity works for me.

Everyone remembers those wooden letter blocks from their childhood, right? I actually think I still have mine somewhere. All I can say is that they would have been even better if they had looked like this! 😉 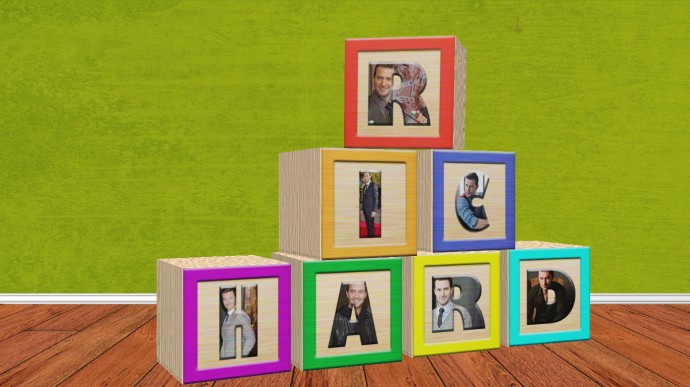 Unfortunately the laptop isn’t equipped to run the 3D features very well, which means that Photoshop crashed on me repeatedly. At one point I ended up with wooden blocks hovering all over the place. At first I found it frustrating, but later I thought it was pretty cool looking. So after I finally got the pyramid of blocks all put together, I went back and intentionally made the blocks float at funky angles.  It’s silly, but I like it! 🙂